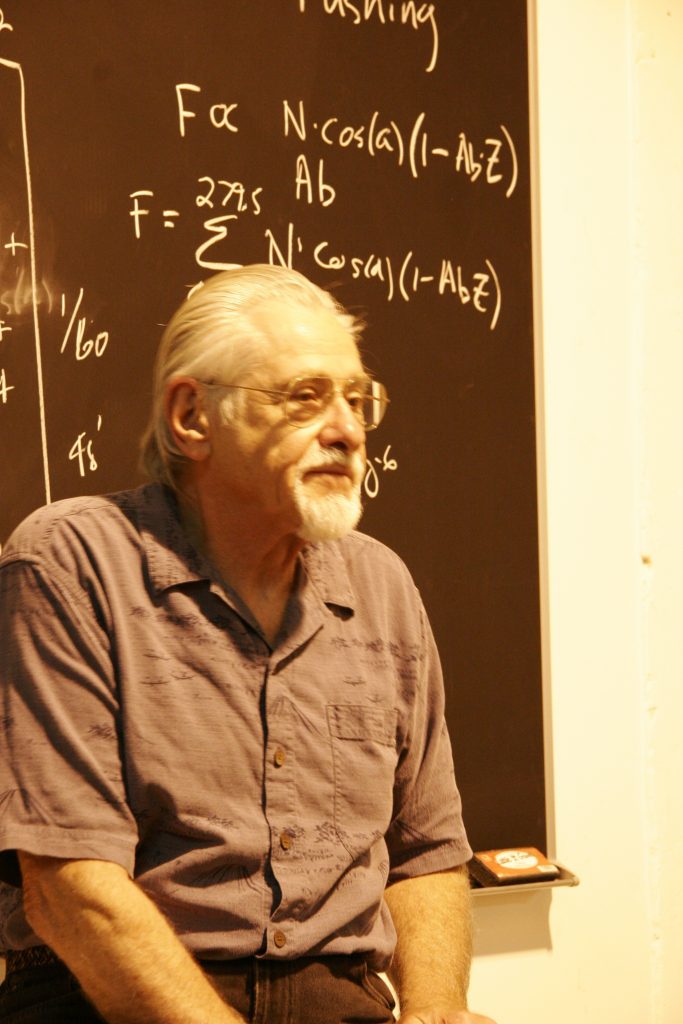 Geoff and Maija Hunter lived among the Malibu stars: the stars in the night sky, the starfish in the ocean, and the mega stars of Hollywood. They are one of the most extraordinary / ordinary couples I have ever met. We lost Geoff this week. A piece of me has gone with this news. But I need to let you know who this extraordinary / ordinary man was. I owe that to him and to all those that loved him.

There are not too many people in your life with whom you share moments that go beyond simply having a great time. They are moments which burn into your soul and that make some of the magnificent parts of what makes you, you. For me, Geoff Hunter was one of those people. He was an ordinary yet extraordinary man with whom I shared extraordinary moments.

I’m not exactly sure when I first met Geoff but pretty I’m sure it had to do with music and most likely, samba. He joined our samba group SambaLá early on – perhaps even the first year. Although he was not a founding member, he soon became one with his constant support, help, and lending an ear to a president who needed to talk to someone often about running a school, dreaming big, and anything music.

He always was buying musical instruments and he delighted in having people over to his house to shown them off. I always chuckled to myself when he pulled out a new instrument he had just acquired to show me and with the complete delight of a little boy, explained everything about it including its history, its origin, and what cultural significance it had. When I asked him how you play it he would often turn to me with a big grin and start to play it. Normally with disastrous results. He then turned to me with a big grin and said: “I don’t have the slightest idea!” and we would both laugh!

As for samba, there were lifetime moments with him. One such moment had us standing in the main square in downtown Seoul Korea with 100,000 Koreans wondering how two amateur music hacks like us were part of a multi-million dollar production in another country. I turned to Geoff and said: “How and the heck did we get here? Do they know who we really are?” He looked at me with a grin from cheek to cheek and said “Who gives a damn?” He was right: enjoy it and don’t ask why.

As for playing music, some of my greatest times as a samba surdo (bass drum) player was playing solo surdo with Geoff on second surdo. In samba, you need at least three surdos: one for the first beat, the other for the second beat, and a third that plays the solo. I always loved playing with someone who could keep a super-steady beat. That was Geoff. Having Geoff on second surdo gave me the absolute freedom to go nuts during my solos knowing he was going to be steady as a rock. I would always try to mess him up by changing the beat, doing counter beats, offbeats – all to get him off from his steady drumming. He always looked at me with a blank cold stare like – “Dude, you are not even interesting to me. I steady, I’m ready, and I’m good!” I will never forget that look he would give me and the confidence to make incredible music.

Another time is when we were in Rio de Janeiro. After years of work, my project Unidos do Mundo became a reality when our group got to parade in the Sambadrome with Geoff playing in the bateria, Maija his wife as our porta-bandeira, and me singing with Neguinho da Beija-Flor. This was was only months from our Korean trip and I remember turning to him in the Rio sambadrome saying: “Here we are again: two gringos lost in Paradise!” Geoff just smiled at me and we both giggled like school boys doing something they shouldn’t be doing.

Geoff liked taking videos on his vacations and did some amateur editing, often showing me the photos and videos. So when I asked him to help me with my documentary film “Einstein Wrong – The Miracle Year“, he was all in. He didn’t seem to care if Einstein was wrong or not. After all, he was an engineer and they didn’t believe in “theoretical anything”. We hit it off scientifically right away.

Geoff quickly became my production assistant helping with boom mic during my music video shoot and being in the film with our very first scene of visiting a museum exhibit on Albert Einstein. Our very first interviews for my documentary were filmed at his home although they didn’t make it into our final edit.

Geoff ended up having a significant role in the film, being the mechanical engineer for our gravity particle detector experiment. We went through several iterations and he was chief engineer for the most important part of the apparatus: the pendulum arm. He was a great companion for my father during the experiment and was co-author of the paper describing the experiment to all the scientists at the Natural Philosophy Society at the University of Connecticut.

I remember a particular scene in the movie where he and I got into a small argument where I was somewhat “rude” to him. Today, this scene sort of makes me cringe thinking I was baggering him. In the end, he and I didn’t always see eye-to-eye intellectually and I always had an immense respect for him because of that. After all, who wouldn’t want to have a scientist from “Rocketdyne” as part of a feature-length documentary on science? It was too good to pass up!

Here is the non-official trailer that I put together where some of the scenes are shot at Geoff and Maija’s home in Malibu including Geoff Hunter re-enacting the scene of Albert Einstein riding his bike (mark 1:46):

From Las Vegas to Malibu

The story of Geoff and his wife Maija was quite extraordinary although neither one are “famous” in the Hollywood sense. Yet they found themselves among the superstars of Hollywood.

Geoff and Maija got married on a whim in Las Vegas – a marriage that lasted 60 years. In 1966, Geoff, who was a mechanical engineer, bought a home way way out in Malibu near the ocean where no one was living. It was in a beautiful small valley with a path that lead directly to a beach voted the most beautiful in Malibu. Geoff always told the story of how his colleagues at work in the big city couldn’t understand why Geoff would buy a home so far out in the middle of no where and commute such ungodly distances just to live in such as place.

But if you ever visited Geoff and Maija at their home: WHAT A PLACE! Where they lived was a little piece of paradise on earth. The trees, the wind, the flowers, the beach, the cliffs, the ocean – priceless. It’s value is truly perfection on this orb we call earth. Our samba group had many parties there and everybody would come. It was a LONG way from Los Angeles but the reward of spending a day and evening there, was impossible pass up. You just had to be there. Great food, great friends, playing musical instruments, then always heading down to the beach. No words. No words. It was moments like this that as a being in this universe, you didn’t want to end.

Yet Geoff and Maija lived there every day. The steep steep driveway to their house kept Geoff in tip-top shape often running rings around the younger lads in our samba group.

Beating the Superstars of Hollywood to Paradise

Geoff was getting his trees trimmed one day when his neighbor came by to ask him about who was doing the trimming. Geoff talked with the man and they had a great conversation. Just two guys talking guy talk about trees. Geoff told me this story one day out of the blue and with his ear to ear grin asked me: “Don’t you want to know who that neighbor was?” Of course I did I said!! “Mathew McConaughey” he said. He went on to tell me the story that Mathew had knocked on the door of one of his neighbors and asked to buy his house. The neighbor said it was not for sale. The millions of dollar Mr. McConaughey offered quickly changed his mind. But this was not the only star Geoff and Maija lived next to.

As you went down Geoff’s driveway, you passed a big house and complex on the right with a tennis court, his next door neighbor ocean side. Who lived there at the time was none other than Johnny Carson, an avid tennis lover. On the other side of the valley, was another huge house and complex that during the 1990s, would sometimes be buzzing with secret service agents on motorcycles that Geoff would pass. What was all the fuss? It was President Clinton visiting one of Geoff and Maija’s other neighbor on the other ocean side: Barbra Streisand (her home is on the cliff in the above photo).

Geoff always delighted in the fact that a regular guy like himself found himself surrounded by some of the biggest Hollywood stars on the planet. It wasn’t that he knew them (most he did not), but it was the fact that he found this paradise before they had. And probably paid way way less. That people who had all the power, fame and money in the world, wanted to live in the paradise that Geoff and Maija had found years before them just tickled Geoff pink!

Living in such an amazing paradise, I asked Geoff one day: “Do you ever plan to sell this place?” I was thinking to myself, this place must be worth a fortune. Geoff answered me, somewhat disgusted by my question. “Leave this place? Never. Is there better on this planet?” I couldn’t argue with him about that. He added, “I live here and I am going to die here!”

Geoff was a man of his word. He died in a true paradise on earth between the Hollywood superstars which he and Maija loved to share with ordinary people like you and me. Because in the end, no money, now power, and no fame can match paradise on earth.

I will miss you my friend. 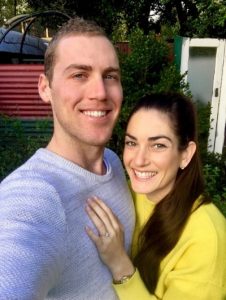 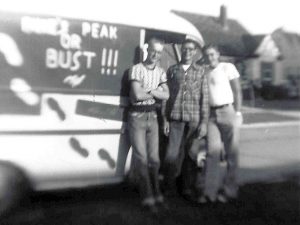